“Succession should be addressed with care, not out of improvisation or emotional impulses” 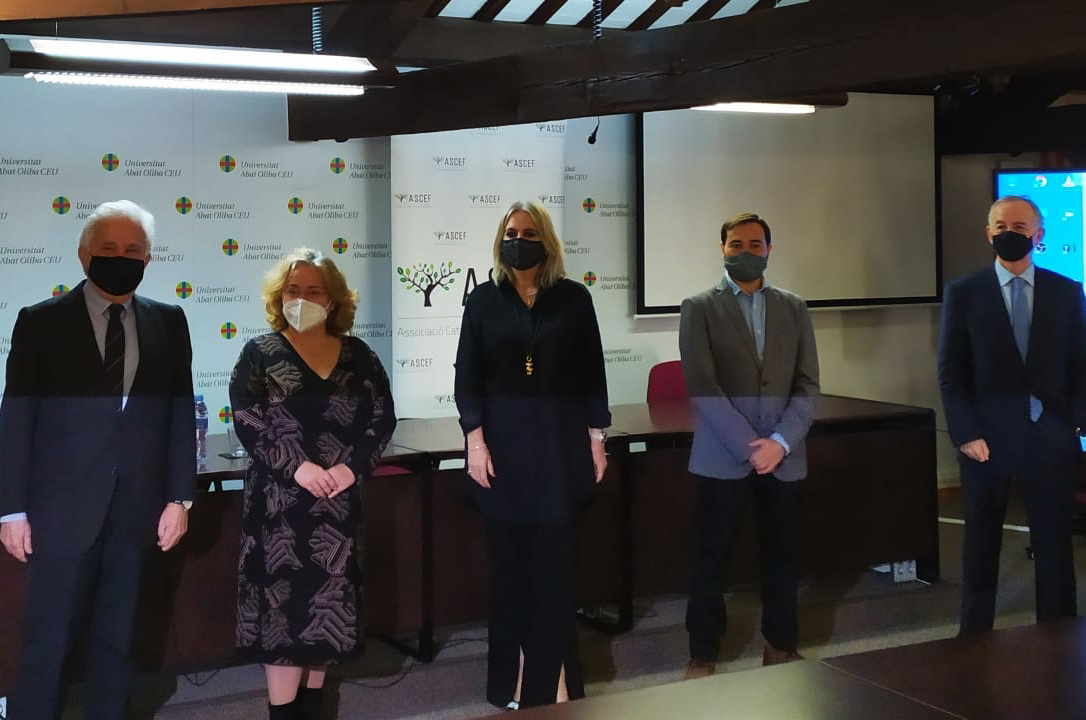 Succession is a sensitive moment in any organization, since it is intended to ensure the continuity and development of the legacy maintaining a balance among family, ownership and business.  With this proposition, the Catalonian Family Business Association (ASCEF), organized a conference entitled “Family Businesses Before the Succession Challenge”, with the collaboration of the University of Abad Oliva CEU and the participation of TOUS Corporate Vice-president, Rosa Tous.

“Succession is a sensitive moment and needs to be addressed with care and not out out of improvisation or emotional impulses. It should be well prepared, for it is a process, where strategy, organization and governance must converge“, explained Amadeu Jori, ASCEF President. “Their main actors are not only the person leaving the position and the one succeeding him, but also the rest of the members of the stock holding family“, he added.

Dr. Camen Ruiz-Viñal and Dr. Ferando Álvarez-Gómez, director and subdirector respectively of the Department of Family Business and Company Creation of the University of Abad Oliva CEU, presented the report “Spanish Family Businesses Before the Succession Challange”, prepared along with other researchers members of international consortium STEP Project (Successful Transgenerational Entrepreneurship Practices), where it was noted, among other figures, that 70% of the today’s family businesses acknowledge not having a succession plan.

According to this study’s data, most of CEOs are baby boomers, 24% are women and 45% belong to the company’s second generation.  Dr. Álvarez-Gómez underscored that “succession plans prevent situations of conflict in the future“. However, he indicated that there is “a limited proactivity” in most businesses since “the business leader is expected to reach an age close to retirement“.

Meanwhile, Dr. Ruiz-Viñal thought that the COVID-19 pandemic “has entailed an acceleration in family business succession processes“.    She also added that millennials are increasingly being taken into consideration, since the pandemic has also accelerated businesses digitalization“.

TOUS Corporate Vice-president, Rosa Tous, took part in the conference “The Great Challenges of Family Business, moderated by Dr. Juan Corona, Academic Advisor for the Business Family Institute. Tous, who explained that fourth generation family members have started to enter the business, underscored that “in the family business, we want to build to endure“.

Tous indicated that, once the second to third generation succession was planned in 2008, “we set up a family council with the intention of working on behavioral matters involved in being a family business member, knowing that we have three roles: family, stock-holder and business executive“. “It is important to know how to interact within the company, differently as in family reunions, being aware that this involves a learning process“, Rosa Tous added.