Renovation of the Catalonian Family Business Association Board of Directors 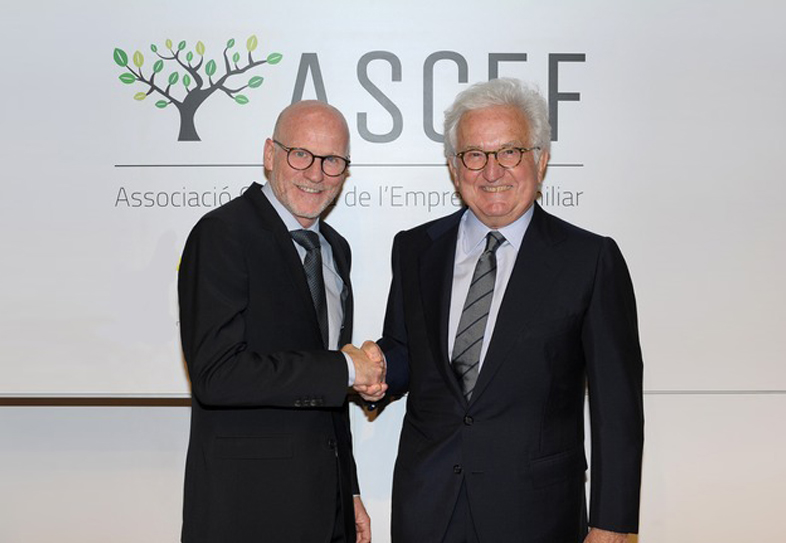 In his farewell address, Amadeu Jori, mentioned the challenges during the last five years which tested the resilience, entrepreneurship and courage of the Catalonian family business, first with the political tensions derived from the October 2017 events, later with the unexpected advent of the pandemic and finally the war in Ukraine, a soaring inflation, supply chain related shortages, as well as economic and social uncertainty.

He placed emphasis on the Association’s mission to further the ESG culture at the heart of the companies, and thus reminded the triple commitment, commercial, social and environmental, that was subscribed during the last Family Business Conference. We, the family enterprises, he said, are the ones who have to drive this change which will not come from governments or public administrations. A change towards a humanistic capitalism which, leaving behind the School of Chicago postulates, leads us to a more habitable, dignified and prosperous world for future generations.

He also referred the relationships that have been established with Foment del Treball, Pimec, Aijec, FemCat, Cambra de Comerç, Fira de Barcelona and other entities of the business and economic realm to join efforts and take joint actions aimed at improving the Catalonian productive fabric.

He mentioned the ongoing dialog with the Generalitat Government to which they have communicated their clear and plain stance regarding the infrastructure deficit and the need for a regulatory framework improvement to stimulate the growth of companies, as well as the convenience of a tax relief to support competitiveness with other companies from the European Union and other Spanish Communities who are playing with a head start. He also insisted that family enterprises are the driving force for the country’s economy as well as its source of prosperity and progress. He reminded that the Association is made up of 114 leading family enterprises with an aggregated turnover of 33,000 million euros.

Finally, with the Board of Director’s consensus, he proposed Jaume Alsina as the new President whose nomination was approved by the Assembly.

Jaume Alsina, have been a Secretary to ASCEF’s Board of Directors and a member of its Executive Committee since 2017. He is a Bachelor in Economic and Business Science from the Pompeu Fabra University, completed a post-bachelor’s in leadership at ESADE and holds a Senior Business Management Degree from IESE. He is currently the CEO of Encofrats J. Alsina.