Rejection of the agreement announced by the Government 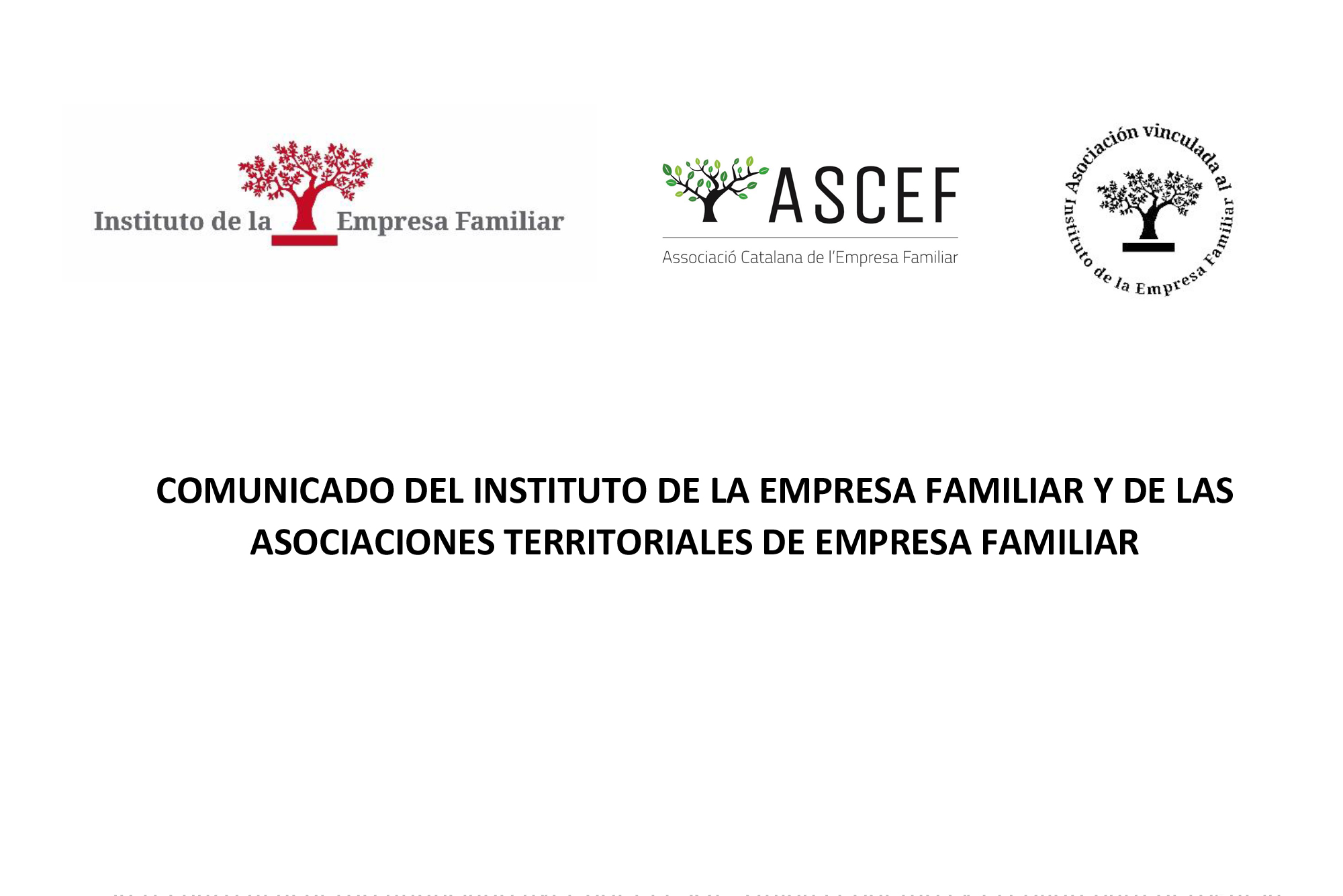 The Covid-19 pandemic has plunged our country into a deep economic crisis, whose direct effects on citizens and companies have only begun to manifest themselves.

In this context, the Family Business Institute (IEF) and the Territorial Associations of Family Business wish to express their rejection of the agreement announced yesterday by PSOE, Unidos Podemos and EH Bildu to repeal the labour reform.

Beyond the effect of the rectification by the Government itself, it is incomprehensible that an issue of such importance has been negotiated outside the appropriate political framework and, above all, behind the backs of social agents and companies. This is especially the case when, since the beginning of this crisis, we have all demonstrated our responsibility, commitment and ability to reach agreements that safeguard as many jobs as possible.

The repeal of the labour reform would have highly negative effects on employment and economic recovery. Moreover, it would be considered by EU institutions as a huge step backwards and would seriously jeopardise the essential support that our country needs from Europe at this time.

Any measure taken in the field of the relations governing the labour market must be the result of a broad political and social agreement and its focus must inevitably be on the long term. It cannot be allowed to be a bargaining chip that facilitates the voting of a one-off agreement in Congress.