Family businesses call on the Government to focus its agenda on overcoming the crisis: “Efforts cannot be diluted in divisive battles” 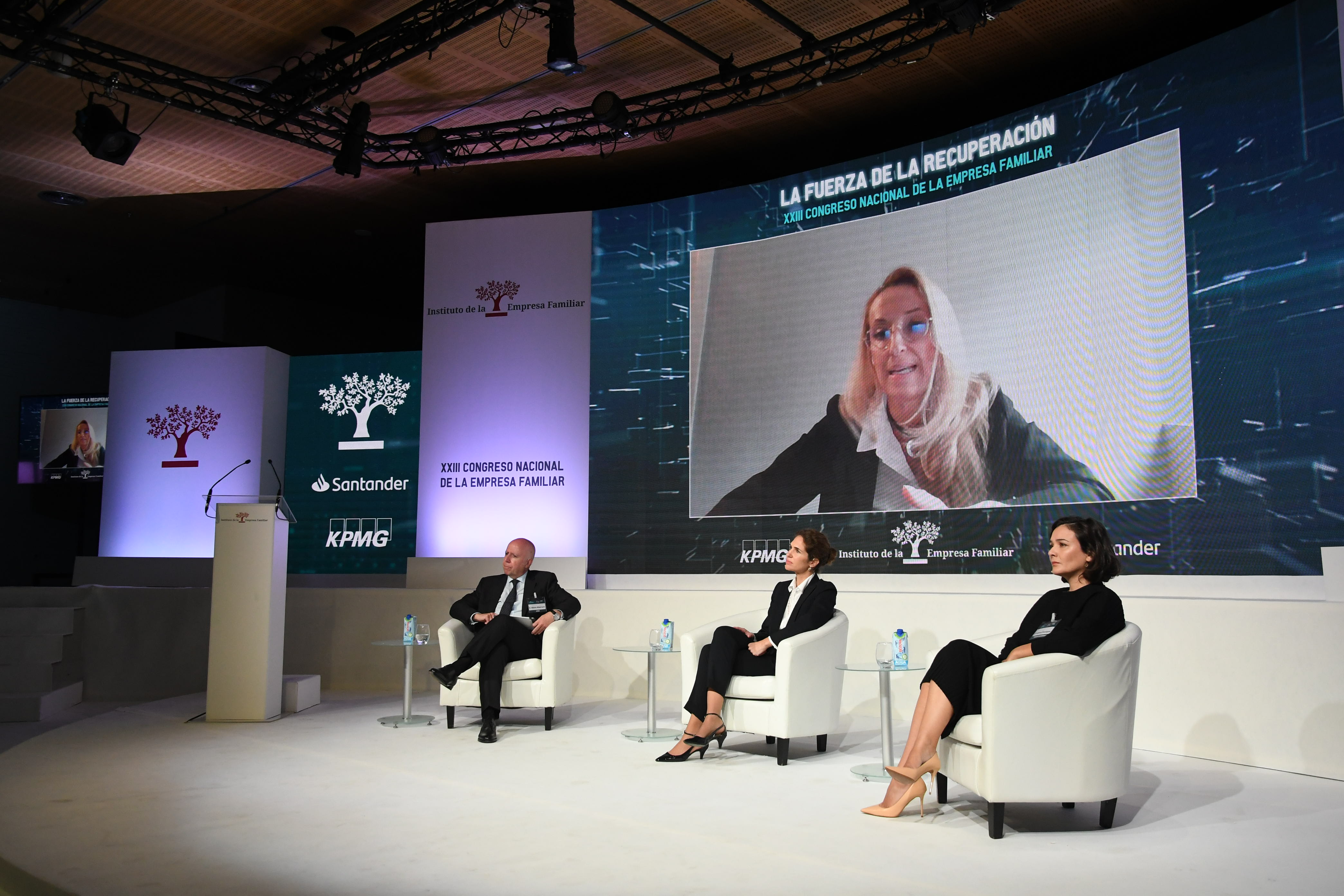 One of the Spanish Government’s four Deputy Prime Ministers, the Minister of Economic Affairs and Digital Transformation, Nadia Calviño, today closed the 23rd National Congress of Family Business, which has been held since Monday by the Institute of Family Business (IEF) and attended online by almost 1,000 family employers from all over Spain.

In his speech before Ms Calviño, Mr Puig said that “at this time, the enemy we have to fight is coronavirus and the crisis that it has entailed. When a society faces a challenge of this magnitude, it must demand that its leaders row in the same direction and join forces against that enemy. Efforts cannot be diluted in divisive battles.”

In addition to the human drama caused by the loss of life, one of the most serious consequences of this pandemic will be, according to Mr Puig, “the economic crisis that it is already causing, a crisis that is unprecedented. Although some sectors are safe, many others will be in a critical situation. Perhaps not all the companies that existed before the crisis can be saved, but many of them could survive and many others could mitigate the impact with a battery of appropriate measures. And we also enjoy the unprecedented support of European funds.”

Concern over employment
In Mr Puig’s view, “all our efforts must be directed at enabling the maximum number of companies, and in particular the family companies that we represent and that represent a very high percentage of employment in this country, to overcome this difficult situation.”

Therefore, “the government’s agenda should be focused on this endeavour and other priorities left for other times. Let’s put aside some legislative initiatives that only place more obstacles in the way of companies and instead prioritise the protection of the business fabric, at least while our unemployment levels exceed certain pre-established thresholds. Otherwise, we will continue to top the rankings as the country that is the most affected and that has the highest unemployment in Europe, in an irreversible manner. And unemployment, among other things, we should remember, is the main generator of inequality,” he said.

A chance to modernise and develop
Despite the dramatic nature of the situation, Mr Puig said that “we have before us an opportunity to modernise, to bring about the next leap to new levels of technological, ecological and productivity development. That commitment is, at the same time, one of the keys to emerging from the pandemic crisis. The distribution of the European Union Recovery and Resilience Fund is not going to solve all our problems but it gives us a leverage that we must not squander. Family employers have a great deal to contribute, a very great deal, to ensure an efficient use of this aid that will enable Spanish companies to gain in competitiveness, create new and better jobs and emerge from this crisis.”

In this regard, Mr Puig highlighted once again “the full commitment and total readiness of the IEF to collaborate with the Government in identifying projects that fit the lines defined in the Plan España Puede (Spain Can Plan), ensuring that our institutional and disinterested collaboration will translate into tangible realities, into more efficient and competitive companies, into jobs with higher added value and into greater well-being for Spaniards.”

Mr Puig also wished to make clear that, despite everything that is happening, the Congress concluding today has not heard “the voice of despondency or the temptation to withdraw. What we have felt here, what I have the opportunity to verify daily in my conversations with many of you, is your non-negotiable commitment to the future, the indisputable desire for progress that you all display. And as we have demonstrated throughout the lives of our companies, crises are opportunities for us, through our leadership, to reinvent ourselves and face the future with renewed energy.”

Family businesses, up to the challenge
“We have much of which to feel proud and satisfied but we still have more to do and achieve. Because that ambition to do things better each day is the force that makes us entrepreneurs. For this reason, it is because of our permanent commitment to our companies and to society that family businesses are companies with a future. In a few years’ time, when this virus is only a bad dream, I would like to think that family businesses have once again risen to the challenge, surmounted all this and managed to take advantage and reinvent themselves. That is why we are going to be The Force of Recovery,” he concluded.