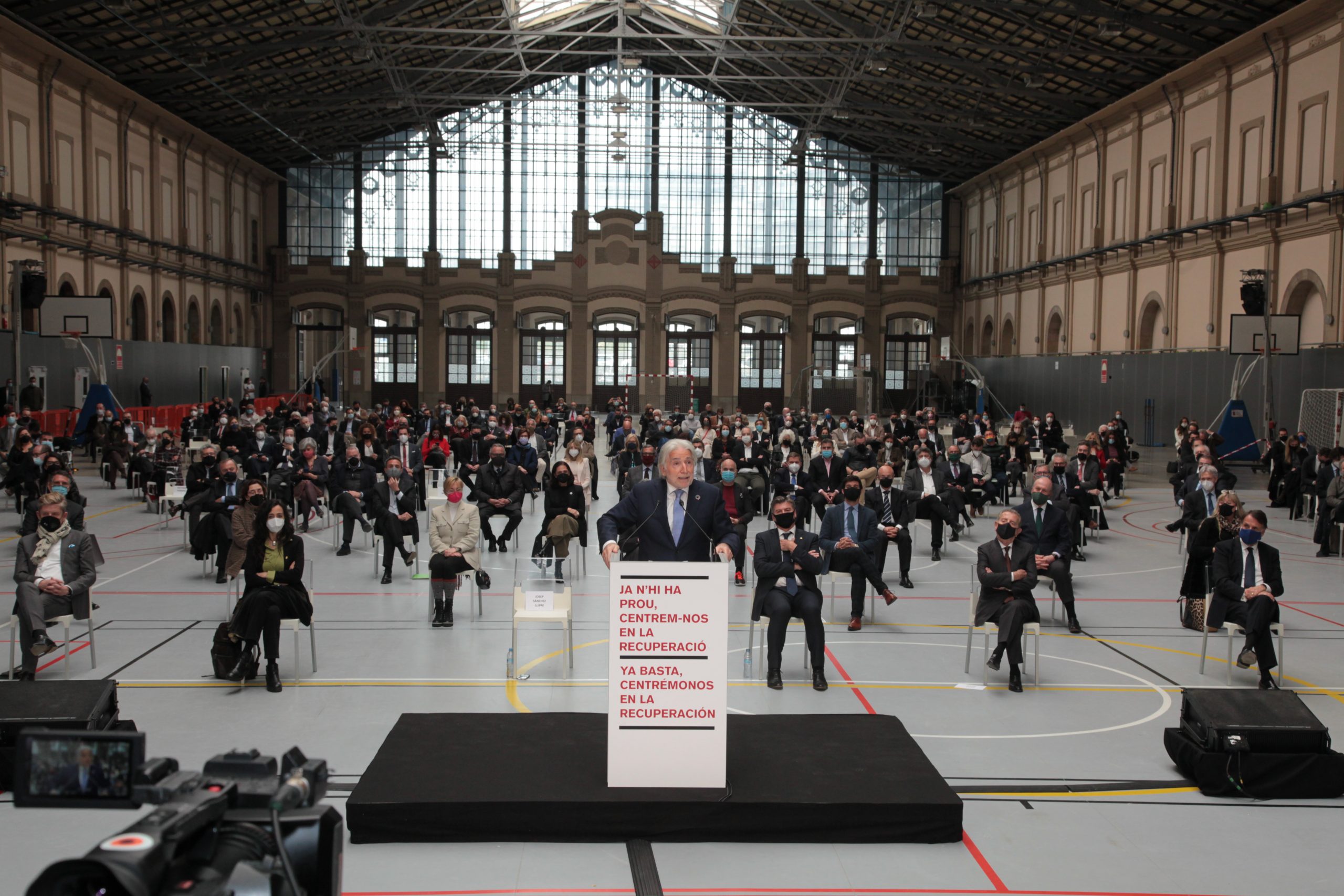 The Catalonian Association of Family Business (ASCEF), has adhered to the manifesto “It’s enough. Let’s focus on recovery“, along with over 300 entities representing the Catalonian economic, entrepreneurial, social, cultural and sports spheres.

The underwritten manifest demands a Catalonian Government (Govern) that can advocate for productive economy, employment and welfare status, with social cohesion as its main goal. In addition, a Nation Agreement is proposed for the economic and social recovery of Catalonia while urging the Spanish Government to provide direct aids for companies, self-employed workers and the sectors most impacted by the pandemic.

The joint statement was motivated by the acts of vandalism that occurred in Barcelona and other Catalonian cities late past February, and it comes as a clamor for non-violence.

On Thursday, March 4th, a reading of the manifest took place during a joint act at Estació del Nord, in Barcelona, attended by the ASCEF President, Amadeu Jori, on behalf of the Association. Among the Catalonian organizations that subscribed the manifest are Foment del Treball, Pimec (both promoters of this initiative), Barcelona Oberta, the Economic Circle, Femcat and Turisme de Barcelona.

The manifesto is available at the following link in the private space of the ASCEF website.