Amat Immobiliaris supports the #DamosLaCara movement: “We should thank the team because they have made a great effort and have done this safely” 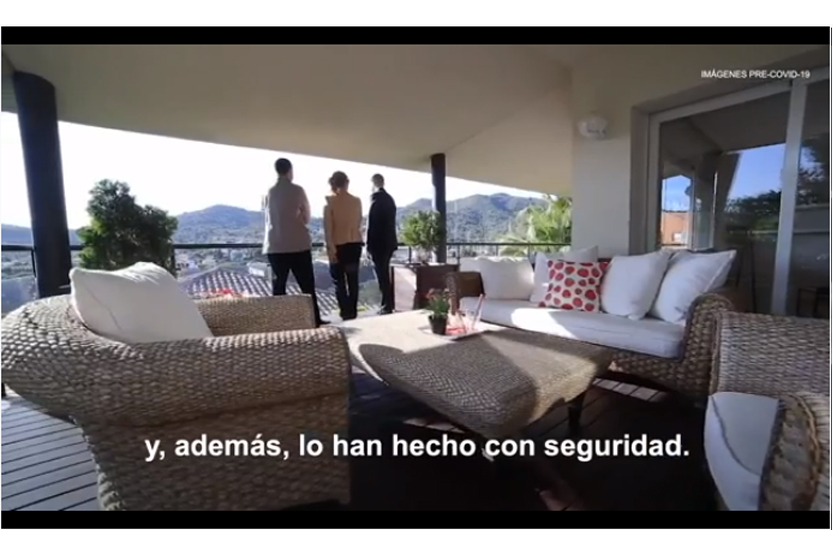 Amat Immobiliaris is a family business with a solid footing in the property sector. Backed by over 70 years’ experience and now under its third generation of owners, it is also one of the driving forces behind the #DamosLaCara (We show our resolve) movement. The President of the property group member of the Catalan Association of Family Business (ASCEF), Imma Amat, has used a video to explain the company’s experience of the Covid-19 situation.

“Our strategic plan envisaged that demand would grow for over two years,” Ms Amat says, “and in 24 hours you discover that the market has gone to zero. We decided not to let anyone leave, not to reduce the sales teams; we took risks because we were able to do so and because we thought that this was how we would carve out a better future for ourselves”.

“We should thank the team because they have made a great effort for hours and done so safely too. During this time, we were able to do sixty title deeds; and it’s possible to write a short novel on each one: persuading the bank to come, the clients etc. It has been a real saga”, explains Ms Amat, who acknowledges that the current period in which restrictions are being eased “has surprised us a bit because there is more activity than we imagined“.

The story of Amat Immobiliaris, narrated by its President, is that of a company that has had to overcome adverse situations from the outset, such as having a woman in charge: “My mother was very young, and female. For many years, she renounced her name: she signed as “Amat’s Widow”. We have learned how difficult it is to be a woman in a highly male-dominated sector. For this reason, and to demonstrate that women can succeed in the real estate sector, we decided to hire only women and we implemented a lot of conciliation measures; and just before the Parity Law came into force, and we started to hire men, we had more than 50 women,” she explains to #DamosLaCara.

The #DamosLaCara (We show our resolve) platform is a citizens’ movement promoted by employees and employers from all over Spain. It demonstrates the commitment of employees and employers to society as a whole and publicises the endeavour and important work undertaken by family businesses in the country through their economic and social contributions.