Alsina supports the #DamosLaCara movement: “Let’s raise our sights and support each other. Let’s see ourselves as part of the solution” 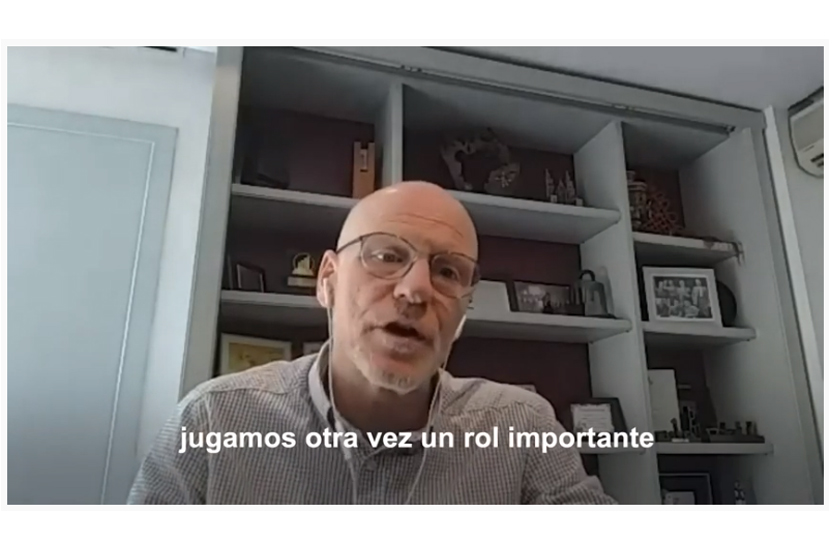 Encofrados Alsina is a family business dedicated to offering formwork solutions for concrete structures. Currently run by its third generation, it is one of the companies promoting the #DamosLaCara (We show our resolve) movement. A member of the Catalan Association of Family Businesses (ASCEF), its CEO, Jaume Alsina, has used a video to explain the company’s experience of the current health and economic crisis.

“I was a little incredulous about whether we would be able to react. But really we had a company that was better prepared to undertake telework than I had believed,” Mr Alsina says. “This has made us trust in our teams even more.”

“We have plugged the hole, we have staunched the bleeding a little and the challenge we have as a company is how we face up to the next 24 months,” says Mr Alsina, who provides his recipe for the future: “I believe greatly in public-private partnerships. The idea is to mix the best of both worlds but not so as to duplicate, but the opposite: to multiply. And here family businesses, with this medium-term vision, again play an important role to achieve profitability but, at the same time, to be sustainable and enjoy a much better future in a world that is so volatile, uncertain, complex and so global. ”

“We have to raise our sights and support each other; let’s see ourselves as part of the solution and not the problem, trusting each other, which is what society is asking of us,” Mr Alsina says. “Let’s create a society that can work, where a good living can be earned, where we can have decent wages and where the effect of all this, in the end, is to the good of everyone” he tells #DamosLaCara.

The #DamosLaCara platform is a citizens’ initiative promoted by employees and employers from all over Spain. It enhances the engagement of employees and employers with the whole of society, in addition to publicising the effort and important work that family businesses are undertaking throughout the country through their economic and social contributions.